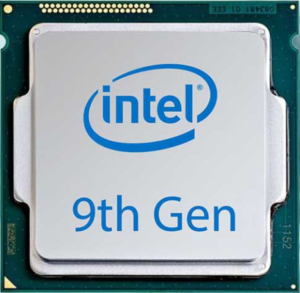 “With the new 9th Gen Intel Core processors delivering up to 8 cores and 16 threads, the Predator Orion series desktops provides gamers with an arsenal of PCs that can withstand the most demanding gaming scenarios today,” said Jeff Lee, General Manager, Stationary Computing, IT Products Business, Acer Inc. “The refreshes are in line with Acer’s longstanding commitment to empower users with the latest technological breakthroughs, and provide them with best-in-class user experiences.”

Powered by 9th Gen Intel Core desktop processors, the Predator Orion series gaming desktops are performance PCs designed for the serious to a hardcore gamer. The Predator Orion 5000 is a gaming powerhouse for users who need an exceptional gaming rig, while the Predator Orion 9000 is a gamer’s dream machine aimed at the most demanding users, with top-of-the-line NVIDIA® GeForce® RTX 2080 Ti GPUs1.

With up to 9th Gen Intel Core i9-9900K processors and planned support for the new Intel Core X-series processors, the Predator Orion 9000 is the ultimate gaming PC. It features up to the latest NVIDIA GeForce RTX 2080 Ti GPUs and supports over 8K UHD graphics. A black and silver chassis gives it a spacecraft-like casing that glows with customizable ARGB (Addressable RGB) lighting bars and RGB LED fans. The prominent side window showcases the impressive interior with a design that keeps electromagnetic interference (EMI) levels in check despite the size of the opening. Acer’s ice tunnel 2.0 expels heat through an advanced airflow management solution that separates the system into several thermal zones, each with an individual airflow tunnel.

The Predator Orion 5000 gaming desktop features up to 9th Gen Intel® Core™ i9-9900K processors and up to the latest NVIDIA GeForce RTX 2080 GPUs. Just like the Predator Orion 9000, the Orion 5000’s chassis has the signature transparent side panel to show off its powerful internals and includes the IceTunnel 2.0 airflow management design to keep the system cool.

1 Specifications may vary depending on model and region

Ways How To Avoid Back Pain At Work

Cleaning Helped a Couple to Win a Jackpot

Why is it Importance Clean Your Computer & Keyboard?

How to Identify Safer Cleaning Products?

How to Choosing Safer Sanitisers?

How do germs get into our bodies?

Why do some people get sick while others do not?

Why children are more sensitive to toxic chemicals (health effects)?

Why should we change the way we clean, sanitise, and disinfect?

How can we reduce the spread of germs by our personal behaviours?

Ministers in London announced more than half a billion pounds (£500m) of new investment in green technologies, planning for a cleaner and healthier Britain.

“Cost-Effective Professional Computer Cleaning Service in London & Nationwide in the UK” Computer cleaning is a professional cleaning service carried out by specialists to remove dust, viruses, and germs to…

Keyboard cleaning is a service that involves the overall removal of dust/debris, bacteria/germs, and harmful residues from inside and outside. The most important purpose of deep cleaning and sanitising the…

Monitor cleaning is a specialist service that involves the removal of dirt, dust, and fingerprints from the computer screen. A deep clean or spring-cleaning process of a monitor, LCD, LED,…

Deep cleaning is a specialist service that many cleaning companies not fully understanding what is required. We have a dedicated team of cleaning operatives who specialise in deep cleaning. In…

Our services team is here to ensure we continue to deliver and drive the best customer experience. Our goal is to make sure that we knowingly deliver great service experiences…